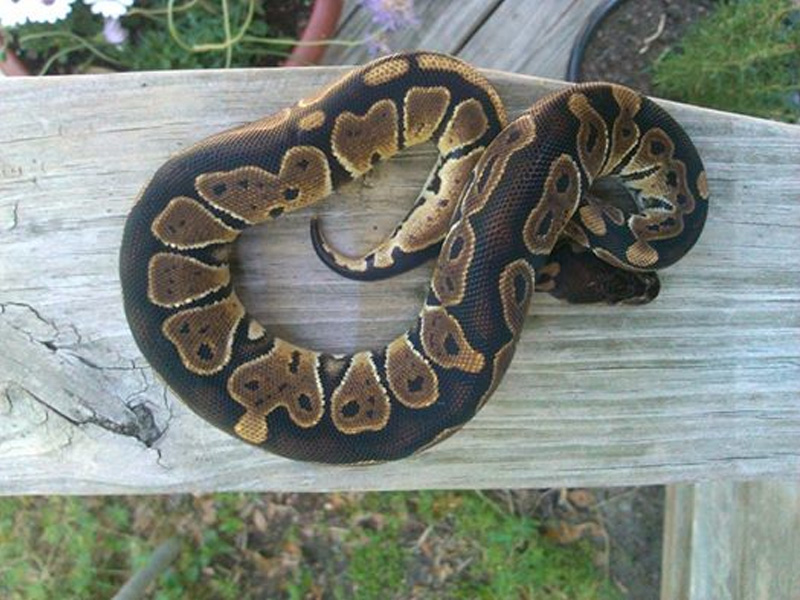 Description
In 2007 I acquired an odd African Yellowbelly male ball python. I noticed immediately that he had some of the most extreme blushing I had seen as well as a very prominent blackback. At first he was a problem snake and would not breed anything for me in 2007. In the fall 2008, he bred to 3 females  and in 2009 I hatched yellowbellies, blackback, yellowbelly blackbacks and normals. Only one female blackback was produced in 2009.I kept everything and still have the animals in my collection today. In 2011 and 2012, I had the same breeding results using the original male as well as one of his yellowbelly blackback sons. In 2013, the only female blackback that was breeding size had 3 eggs. I bred her to one of the blackbacks I produced in 2009. I hatched one normal, one blackback, and one super from this clutch.

In 2013, I also bred the original male to a mojave female and hatched out blackback mojaves, blackback yellowbelly mojaves, and blackbacks. After seeing this combo I decided to call the blackback, Charcoal and have used the name since then.

Use Charcoal in the genetic wizard.