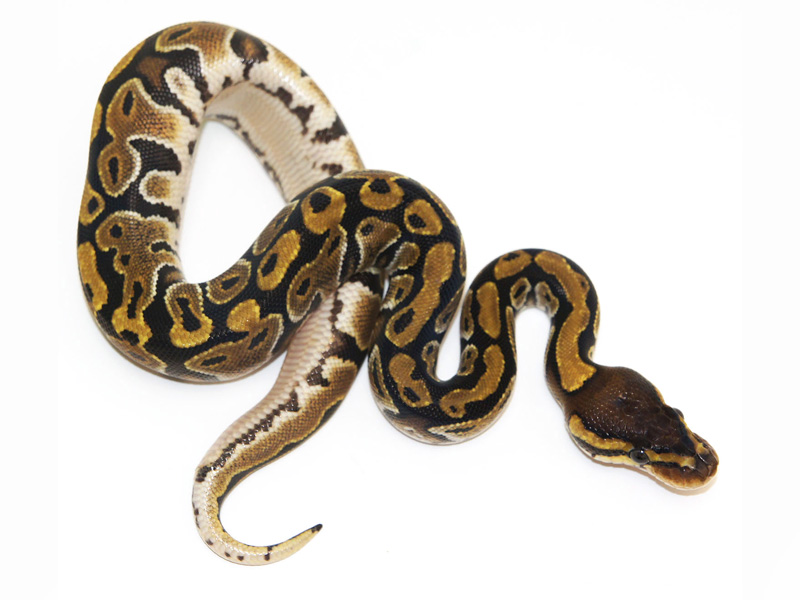 Oh I wish I could say how my trained eye zeroed in on this gene and I proved it out in short order. No, it’s more like “Ummmmmmm, yeah..... that Spider has a weird head.... Yeah, neat!” Then it was lost in my racks until I bred it to something else and made some more snakes that made me say “Ummmmmm, yeah, look if you stick your thumb in your eye and squint they look pretty neat!” Then they get lost in a rack and eventually I breed it to something that makes me think three times and breed it and FINALLY say, “Wait, look what it’s doing, its cleaning up the noise and brightening these combos!” Then I realized I was onto something. This rather interesting gene first appeared I believe as a pretty Spider in NERD’s collection. It was subtle at first but improved as it was bred into other mutations. It seems to diminish melanin (noise) and lightens and brightens morphs. It can take the Pastel Jungle gene and make it appear as if it is the Super form. I have yet to separate this gene from other mutations and do not know what it looks like in its original state. I am very excited about this gene now considering what it is doing, proof once again in dinker projects within people’s collections.

Use Bald Gene in the genetic wizard.